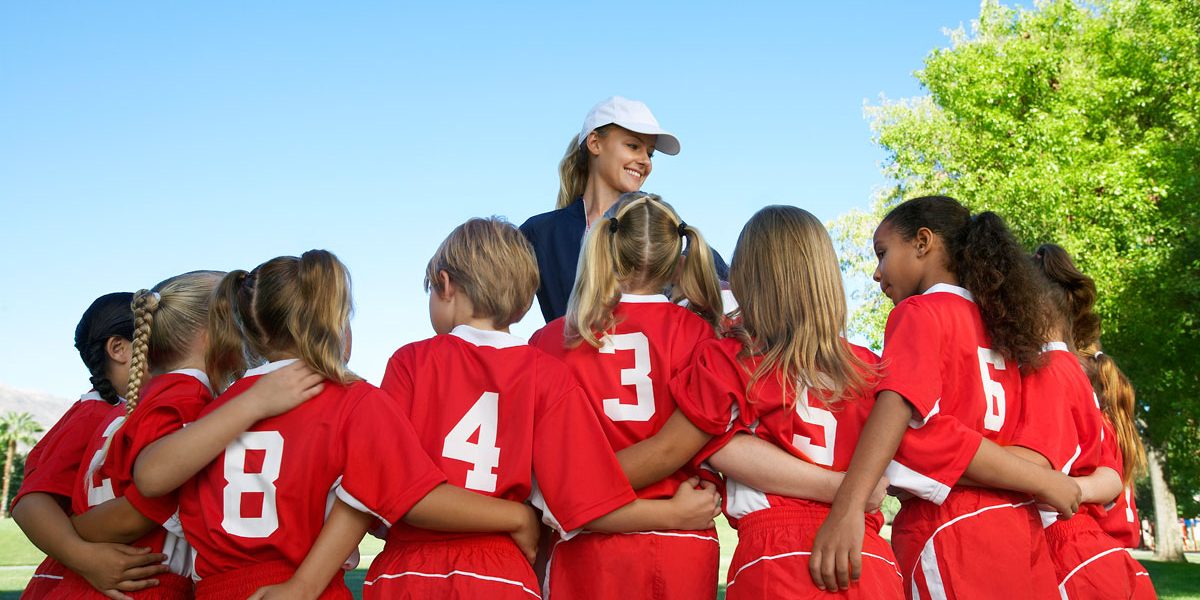 When my girls were little, I remember my oldest, about 8 at that time, wanting to play indoor soccer.

It was wintertime.  Movement, although important in everyone’s life, was especially important for her. She was the kind of kid who needed to get her energy out in a constructive fashion.  Her good friend and neighbor, who was also the same age, wanted to sign up with my daughter so her mom and I both went to the organization to sign the girls up.

A few weeks before the actual season started, we both received emails that there would not be a rec team due to the fact that they did not have a coach, a volunteer. My friend and I spoke about this and decided if they did not have anyone, we would volunteer together since it was important to both of us that our kids get this opportunity.

We both just laughed and said that we were the blind leading the blind.

The season was beginning and there was still not a coach to be found. So, here we were in a new territory.  We spent quite a bit of time looking up information on how to coach a team, how to create drills for practice, and how to run the show. We had a lovely team of boys and girls, but we were a bit nervous at the start and began by creating relationships and connections with the players, as well as connecting them to each other.  I can still see this beautiful image of these players building friendship and the team coming together.

We had a team of wonderful little people, all who were very respectful, as we showed them respect as well.  When the time came for competitive game playing, our goal was to be kind to all the players. Again, we were new to this world, what did we know!

We wanted everyone to feel good about themselves and walk away knowing that they always tried their best.  We had no intentions on focusing on winning.  We were just happy to coach these players.  The first game came and went, and we won.  Our team was so excited, and so were we.  We had one boy on the team who was from Brazil, and his father was a soccer player back in Brazil in his younger days.  This boy was a fabulous well-trained athlete.  We could have used him in every game, all game long.  That was not our mission.  We were inexperienced coaches who were focusing on relationships and connections, having fun, learning, and growing.  Every child on the team respected us for that, or so it seemed.  They were happy to be there, attentive, and enjoyed the practices and the game.

They called us Coach Amy and Coach Sue. This was a fabulous time in my life, stepping outside my comfort zone into something totally new and really embracing this role.

I look back on this experience and see it in a multitude of ways.  Coaching in many sports these days has become focused on the winning.  The spirit of games has dimished and, in some cases, the shift to get the win has taken over.

When this takes place, children are not always having fun, improving their skills, developing self-confidence, feeling connected, appreciated and/or respected.

What we gave to these children was a gift, and we received the same.