Unpacking Our Fears: Dealing With the “What If’s” in our Lives 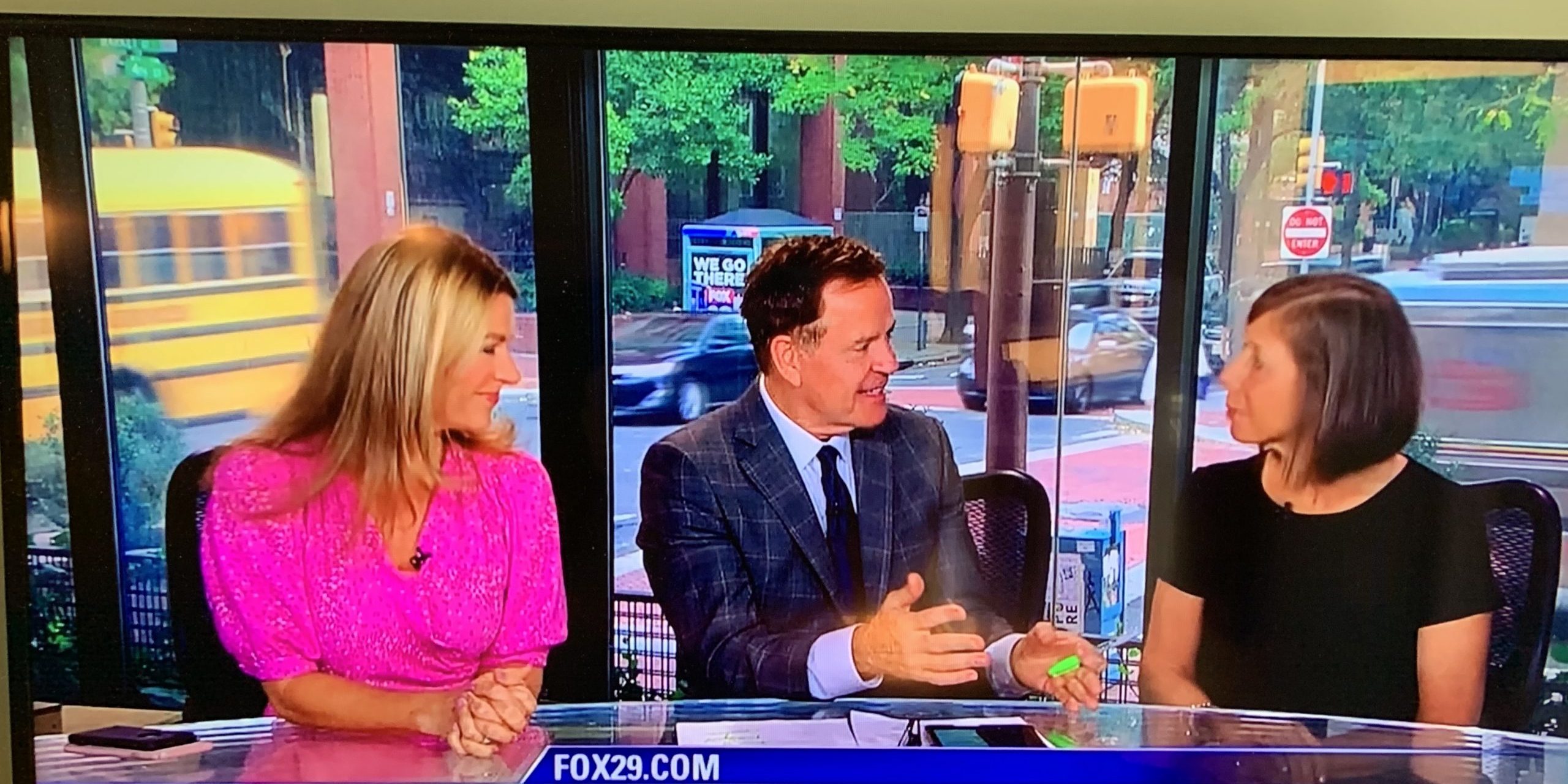 In business and in life, when you are open to manifesting the opportunities that you would like to see come your way, it is amazing how things show up. As they do, it also gives you a chance to learn about yourself and grow with the new opportunity and experience it provides.

Have you ever been incredibly excited about an experience, yet despite this feeling, have a sense of fear or anxiety that you cannot explain? I sure have, and I have a secret — you CAN explain it!

Recently I was an invited guest on a local TV show, Fox 29 Good Day Philadelphia (my first appearance of 3 now). You can imagine my excitement to be able to share my messages on TV. In conversations with the producer, we created a beautiful segment that we both were excited to share with the viewers. In the planning, we decided that this segment would offer clips showing various techniques that have been utilized in parenting practices over the years. I was pretty excited to discuss the differences between these old fashioned methods and my passion, conscious parenting.

In the days prior to the appearance, a few of my friends asked me how I was feeling. I knew that I had some nerves that had shown up within but hadn’t had a chance to unpack them. When people continued to ask about the appearance, I thought it was time to really check in with myself and find out what exactly these nerves were about. This is the work that I help others do, unpack what is showing up. It is crucial that I practice what I preach.

I knew I needed to take the time to sit with my thoughts and unpack why I was feeling this way. If I could explain this feeling of nervousness to myself, I would be able to attack the problem and make it a non-issue. I first thought that maybe, I was afraid of speaking in public. I used to hate public speaking as a child, largely due to the fact that my family was really big on celebrations that involved children speaking about the one who was being celebrated. This always made me feel anxious and uncomfortable and led me to dislike speaking in front of others.  After thinking about it, though, I began to realize that it was not public speaking at all that bothered me or made me feel the discomfort that I was feeling inside. Instead, it was the insistence that this be done that created the issue. I did not like to be told that this was mandatory.

So, as I continued to reflect and sit with myself unpacking my feelings about the TV appearance, I began to realize that I was actually very comfortable and excited about this opportunity. What became clear was that this country girl who rarely ever drove into a city alone was venturing out by herself in the early morning hours to be on TV. My mind was filled with “what if’s”. What if I could not find the studio? What if I got lost? What if I drank too much coffee and had to stop for the bathroom, where would I stop on the way into a city? All of these questions were the real fears that I was experiencing inside of me. They were manifesting themselves in such a way that I had thought it was about the appearance itself.

The next step in this fear unpacking process is to bring attention to how one can move through the fear. We cannot just sweep it under the carpet.

What if you are not late?

What if you leave really early?

What if you do not drink much coffee that morning?

What if you actually find your way with ease?

What if you look at the map clearly and see visually where it is you are going?

As I sat, I reminded myself that I live in the present moment. When we focus on what if, we take ourselves into the future. If we look at how we can prepare for our own journey (fear and all) in a way that we feel most comfortable, we are giving ourselves a gift! We become more relaxed, we see clearer, and we are more open to new experiences. Every “what if” has an opposite, right?

After having this brilliant conversation with my fears, I decided to give myself 75 minutes to drive to the location. This was around a 45-minute drive. Leaving at 6 am was before rush hour begins, so I would not have to contend with the heavy traffic. I would drink just a little coffee and be on my way.

The drive went great, I arrived in without any difficulty.

In fact, when I pulled up in front of the studio, I was amazed at how easy it was to find. We can create an enormous story with our own fears. These stories and what if’s can take us down an incredible rabbit hole, and sometimes even lead us to the wrong conclusion. It was not the TV appearance or the speaking that made me nervous — this was something I wanted, something I was so excited for. It was simply driving into the city in the morning by myself that felt outside my comfort zone. It is not outside of my comfort zone anymore.

What have you tackled with your self-talk and unpacking lately?